Check out the 10 best ways how to shorten sentences and make them clearer, easier to read, and more engaging overall. 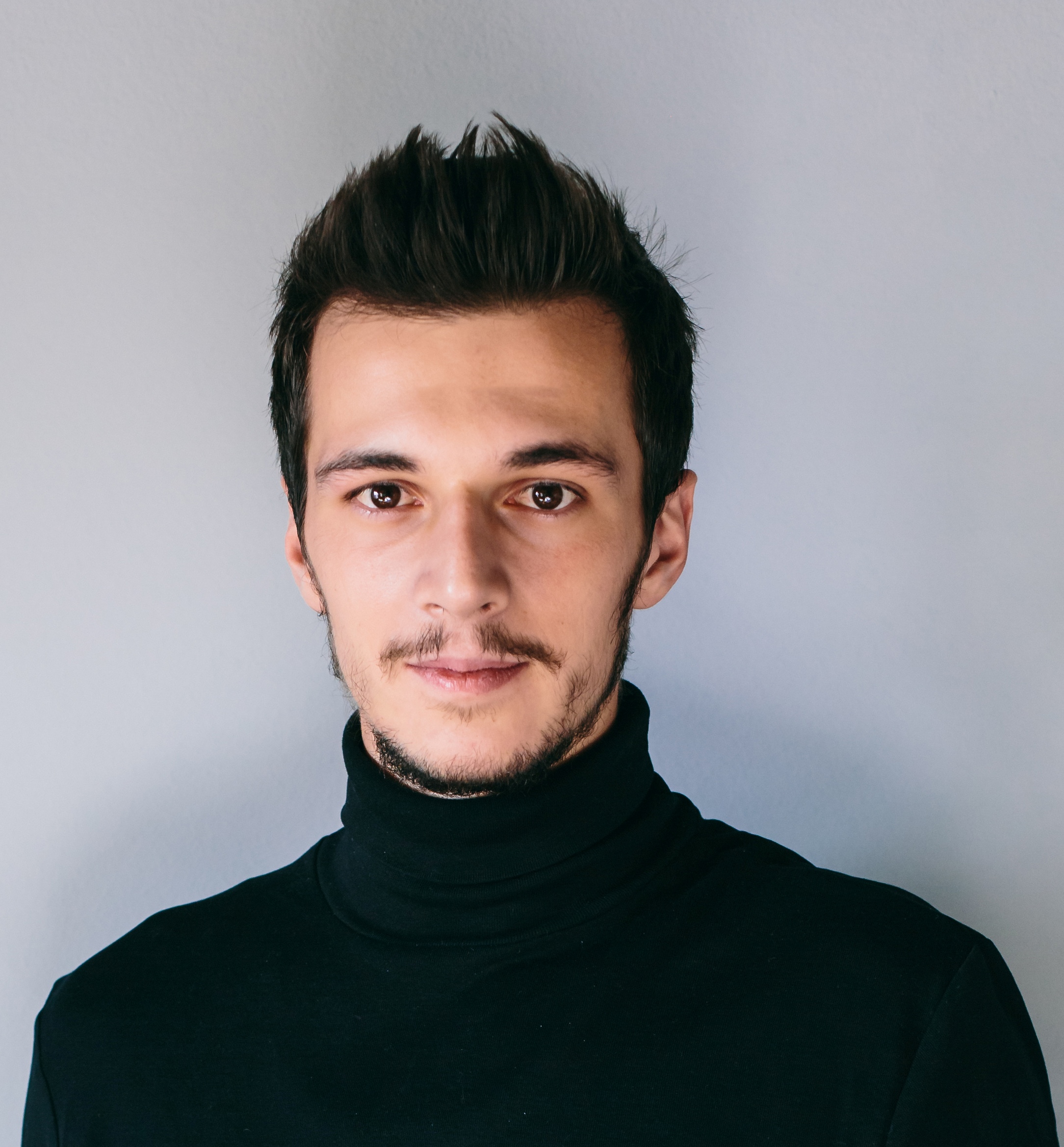 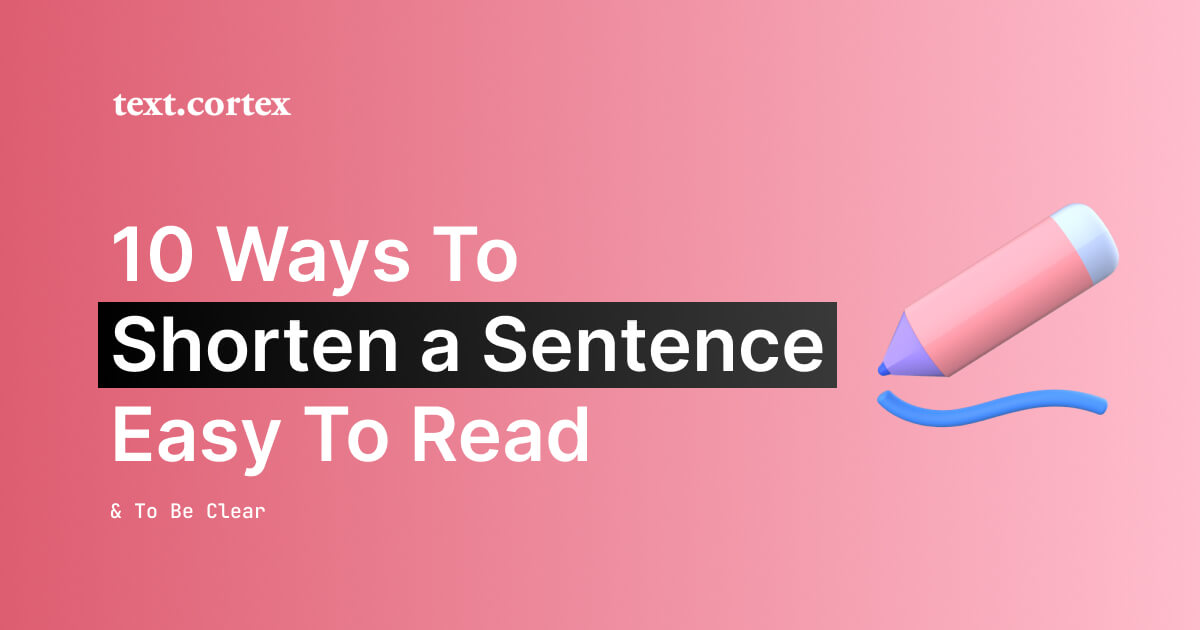 You’ve probably written thousands of times a sentence that contained too many words, which bloated the subject, and was difficult to read, right?

If so, then you know how hard it can be to get your point across clearly.

Great sentence structure is a hallmark of great writing.

Unfortunately, many writers get into a trap of a sentences that are too long.

Whether you were in a rush, or just thought the long sentence was a good idea, it's up to you to make the sentence easier to read and follow.

There are several ways to shorten your sentences and make them clearer, easier to read, and more effective overall.

In this article, we’ll show you how to create those sentences and simplify reading of your content at the same time.

So, let’s get started!

How many words should be in a sentence

A clear, concise, and precise sentence is always easier to understand than a complicated, lengthy one.

There is no one-size-fits-all rule, though, when it comes to the length of sentences.

However, well-crafted sentences should hover around 15-20 words on average.

Using simple—though not simplistic—sentences will help more people connect with your content.

By cutting down the length of a sentence, you can put across your message more clearly.

So, how to accomplish that?

10 best ways to shorten a sentences

1. Use active voice instead of passive voice

The use of the passive voice is often frowned upon by style guides because it can make writing unclear, vague, and wordy.

In general, the passive voice should be avoided in most cases.

Passive voice is usually used when the performer of an action isn’t important or doesn’t need to be emphasized.

In addition, passive voice sentences are often longer than their active equivalents because they require additional words to convey meaning.

Why should you use active voice instead of passive voice?

There are three main reasons why active voice is a vital part of content marketing:

Also, using active voice instead of passive voice in sentences is a good way to shorten your sentences.

This will make your content much easier to read, and readers will stay longer on your blog.

2. Make sure you use all needed punctuation

When you write, you should make sure that you use all needed punctuation to make your sentences clear.

Here are some tips on how to do it correctly:

And here are some more:

Many people think that using long, drawn-out words is the key to being a good writer.

They believe that using big words makes them look smart and intelligent.

But in reality, this is not true at all.

The number of words you use does not make you look intelligent. It only makes your writing difficult to understand.

Many studies have found that using longer words can make you seem less intelligent than using shorter words.

The research, published in the journal Public Library of Science ONE, found that people who use short words score higher in tests of verbal intelligence than those who use long ones.

Study author Michael Frank said: "We had expected that if people choose their words carefully, then they would be more intelligent and have higher verbal intelligence."

So, if you want to sound smart, don't use big words when simple ones will do.

When writing for the web, it’s important to keep your sentences short and easy to understand, which simple words will do.

4. Break the sentences down into logical parts

When you write, you should try to use a variety of sentence lengths. Long sentences are good for:

On the other hand, short sentences are good for:

So, how to shorten a sentence by breaking it into the logical parts?

Break up large chunks of text into smaller paragraphs with just one main idea per paragraph.

Breaking down longer sentences into logical parts can help make them easier to understand, especially if you have a lot of information to share with your readers, such as in an academic paper or research report.

This will give your reader a chance to pause and reflect on what was just said before moving to the next section of the text.

5. Tighten it up with some conjunctions and prepositions

There are a number of ways to make your sentences shorter. While some may seem obvious, others are not as clear.

Some tips on how to shorten your sentences are:

These words can help eliminate unnecessary commas and make your writing flow better.

If you want to describe an action in more detail, use a preposition instead of an adverb.

Note: Try not to double up on prepositions and articles (of the, in the). Whenever you can avoid it and avoid using synonyms for words if it creates redundancy or repetition (e.g., use of both ‘in order to’ and ‘so as to’ in the same sentence).

Phrases like “in fact” or “in addition” can often be replaced with single words like “also” or “moreover” without changing the meaning of your sentence at all. And sometimes it makes it even clearer!

Filler words are the "unnecessary" words that are used to make a sentence sound more eloquent, but they don't actually add any meaning or substance.

They don't help clarify the meaning of the sentence, but instead, just repeat what has already been said.

These types of words don't add anything useful so they should be deleted whenever possible to make your content more concise.

When you repeat certain words many times in a sentence or paragraph, it may seem like a good idea at first glance.

However, after reading it twice you start wondering why you haven't used any synonyms or other ways to express it differently.

And it bores and drives away your readers.

Try to find different ways to say the same thing - this will make your sentences much more interesting for the reader.

What are negative constructions?

Negative constructions are sentences that have a negative word or phrase in front of the subject. These types of sentences can make your writing sound weak and uninteresting.

Here are some examples of negative constructions:

I didn't know how to start writing.

The use of negative constructions is a common mistake that many writers make. Sometimes the writer is not aware that he or she is using them, and sometimes it's done consciously.

Negative constructions are often used to express a negative idea or feeling.

And trust me you don’t want to awake negative feelings in your readers, because they’ll never match you with something good in the future.

There are several ways to avoid negative constructions in your writing:

If you want to focus on something positive, then don't use a negative construction! Instead of saying "I didn't know how to start writing", say "I knew exactly what I wanted my paper to look like".

This makes it sound more interesting and less boring!

Reword the sentence: Instead of saying "You don't like my idea, do you?", say "I'm not sure if this idea will work for you".

This makes it sound more positive and less confrontational!

9. Replace “that” with “which” in relative clauses

This is the most common mistake I see in writings, that’s not making sentences longer, but confusing and sometimes hard to understand.

How to replace "that" with "which" in relative clauses?

In the following sentences, there are no defining relative clauses:

Try applying this into your workflow, and many of your sentences will be much more easier to read.

10. Use a paraphrasing tool

If you are not confident about your writing skills, then you can use a paraphrasing tool to help you create more meaningful sentences.

A paraphrasing tool can help you transform a sentence into an easier and clearer one, so you don’t have to bother about restructuring it.

There are many online rephrasing tools available that can help you with this task, such as TextCortex Chrome Extension.

You just need to highlight the sentence or paragraph you want to rephrase, hit the “Rewrite” button, and it will give you completely new and engaging outputs.

Choose the one that fits you best, and you’re ready to go.

You can maximize your writing brevity by removing unneeded words and following some tried-and-true writing principles that make your writing clearer.

As you write and revise, do your best to make sure that your sentences aren't too short or choppy.

That’s why we created TextCortex Chrome Extension - a browser extension to bring AI writing into every textbox you need.

Everyday writing is cumbersome and finding the right words can be hard. Remember the mail you sent out today which took just too long to formulate again?

The narrative was missing the right words?

Our AI content writing models are specifically trained & capable of writing 3x as much as GPT-3 tools.

Not only can you write articles or any kind of content or copy you need 7x faster, but it’s also 20x more cost-effective than an outsourced copywriter.

Download TextCortex Chrome Extension and transform your writing skills to the next level by using AI writing extension in any textbox you need.